In June of 1956, Frank Lloyd Wright — a man posthumously recognized as “the greatest American architect of all time” by the AIA — received an unusual letter from 12-year-old Jim Berger, a boy looking to commission the design of a home for his dog, Eddie, by the same architect who designed his father’s house 6 years previous. Incredibly, Frank Lloyd Wright agreed and, as seen below, supplied a full set of drawings for “Eddie’s House” the next year. Construction was eventually completed by Jim’s father in 1963. 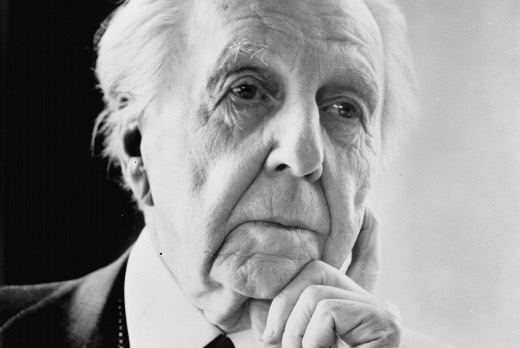 Unfortunately Eddie hated his new home. It was demolished in 1973.

The full exchange of letters can be found below, along with a photo of the completed dog house. It was the smallest structure ever designed by Frank Lloyd Wright, and possibly the least used. 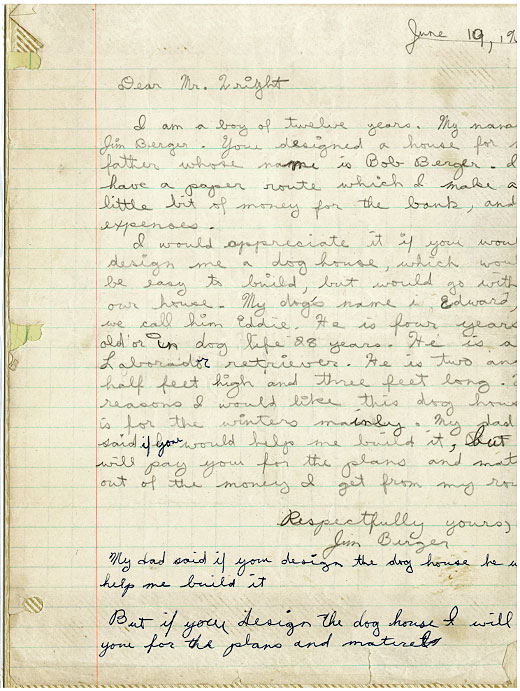 I am a boy of twelve years. My name is Jim Berger. You designed a house for my father whose name is Bob Berger. I have a paper route which I make a little bit of money for the bank, and for expenses.

I would appreciate it if you would design me a dog house, which would be easy to build, but would go with our house. My dog’s name is Edward, but we call him Eddie. He is four years old or in dog life 28 years. He is a Labrador retriever. He is two and a half feet high and three feet long. The reasons I would like this dog house is for the winters mainly. My dad said if you design the dog house he will help me build it. But if you design the dog house I will pay you for the plans and materials out of the money I get from my route. 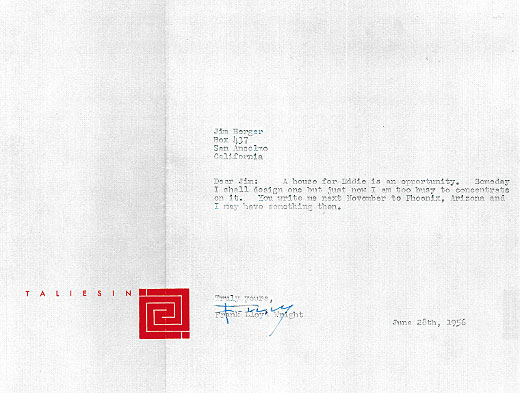 A house for Eddie is an opportunity. Someday I shall design one but just now I am too busy to concentrate on it. You write me next November to Phoenix, Arizona and I may have something then. 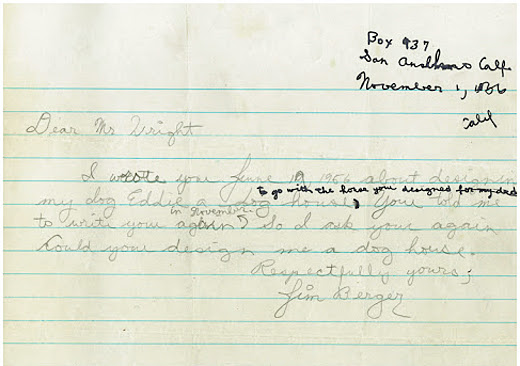 I wrote you June 19, 1956 about designing my dog Eddie a dog house to go with the house you designed for my dad. You told me to write you again in November so I ask you again, could you design me a dog house. 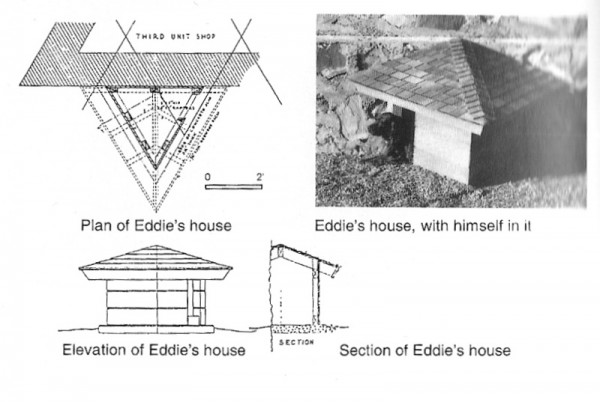 What a great story about an amazing architect who designed a doghouse for a little boy.